IoTwins is presented at the ‘Barça Sports Technology Symposium’ 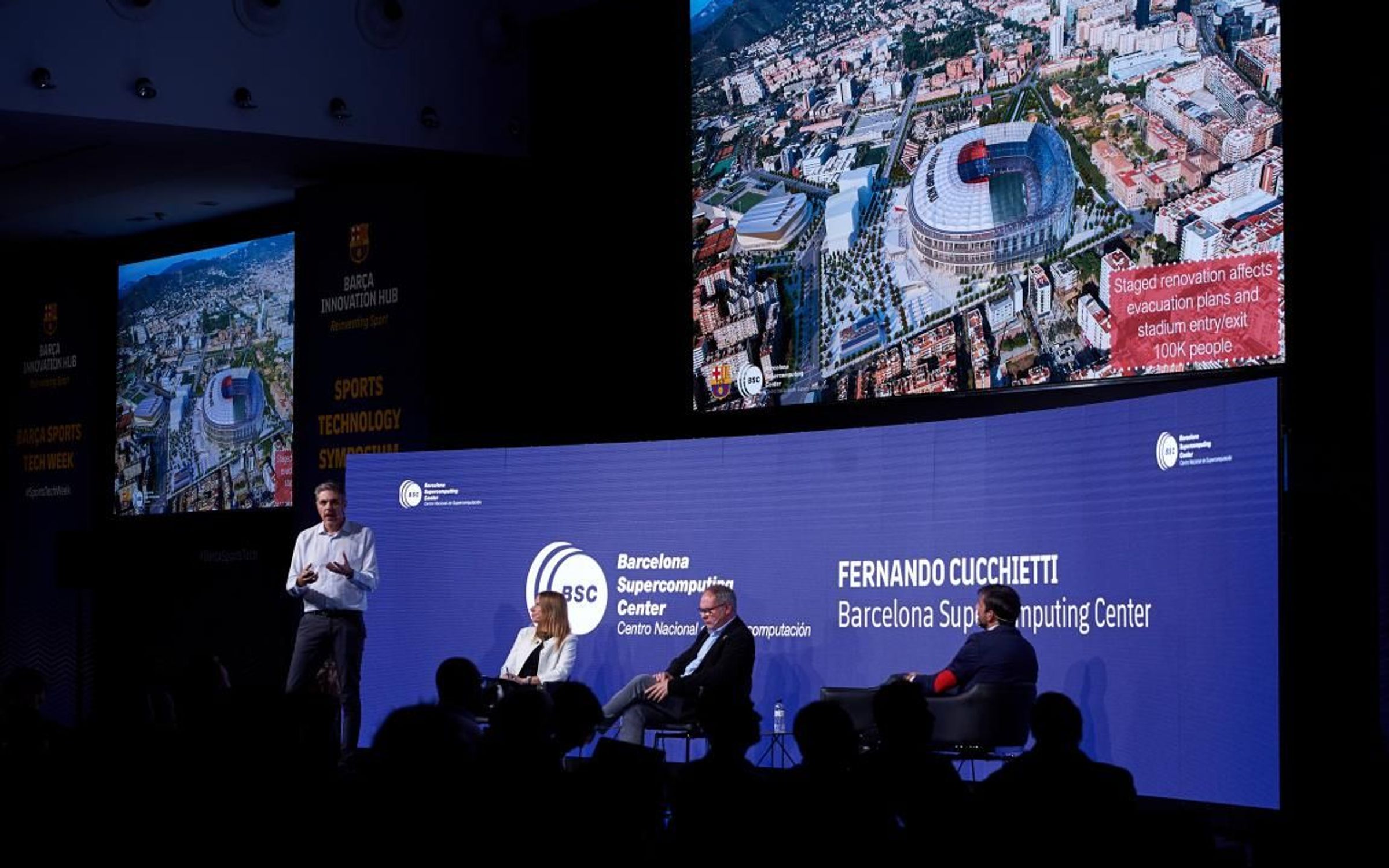 The board director responsible for the Barça Innovation Hub, Marta Plana, inaugurated the fifth edition of the Barça Sports Technology Symposium, considered a reference in the technological sector of the sports industry, whose objective is to show the latest advances in this field. Experts from all over the world will show how technology is restructuring the landscape of the sports industry through its different disciplines.

In the framework of this congress, the IoTwins project, launched by the Barça Innovation Hub and the Barcelona Supercomputing Center (BSC), has been presented, which applies the internet of things and artificial intelligence to create an intelligent lightweight system that will analyse and predict the movement of people generated inside and outside the facilities of the Club (Camp Nou, Palau Blaugrana, Johan Cruyff Stadium, Barça Campus, Museum and Barça Store, etc.). This project will provide information that will allow you to take decisions in real time to optimally manage areas of the club and Espai Barça. The presentation was given by Fernando Cucchietti, a member of the Barcelona Supercomputing Center, who has participated in the round table Smart Venues, high-performance technology used in sports venues, accompanied by other experts in the field.

During the first day of the Barça Sports Technology Symposium, a talk was also given by Trip Hawkins, founder of EA Sports, in which he explained his wide experience in the world of video games and warned that traditional sports are losing public support. The United States is in the era of digitisation and young audiences at video game tournaments will be increasingly popular.

On the other hand, in the round table, the world of the future and its impact on sports was talked about by pioneering companies in the world of health and nutrition, who molecularly analyse foods to eliminate any adverse effect. There was also a talk about 3D printing and virtual reality, especially those linked to the transmission of games through immersive experiences. For his part, Tucker Kain, representing the Dodgers, Los Angeles baseball team, explained the progress being made by his club, including the fact of having an easy stadium access, avoiding Los Angeles traffic – through gondolas and underground steps – and implementing the automation of stadium services.

The session called Enhancing Athlete’s Performance included, among others, Bryan Burnstein, Cirque du Soleil training manager, who outlined how to optimise the training and rehearsals of the performances by the artists of his company. Other sessions during the day have focused on the data obtained, which help to improve the experience of the fans, and about the use made of the data collected by players during the matches.

The Barça Sports Technology Symposium, which will continue this Friday with a second and last session, is an academic event that is part of Barça Sports Tech Week, the week devoted to technology, innovation and training methodologies organised by the BIHUB, the platform that manages all the research, innovation and training projects of FC Barcelona.