Technologies tell us how stadiums of the future will be like 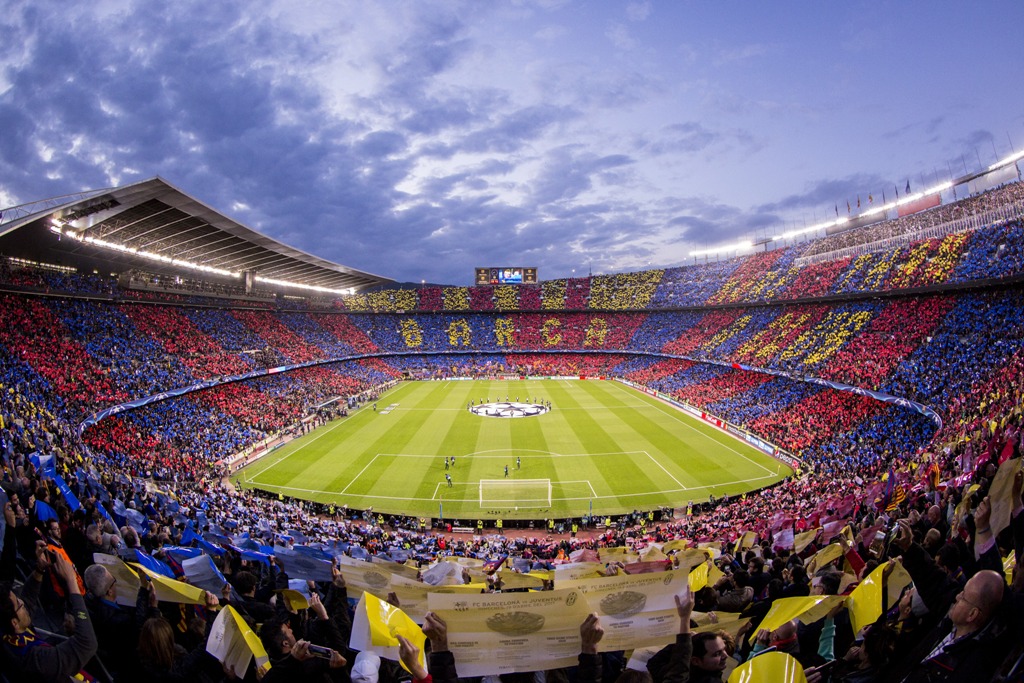 Digital tech is one of the fastest growing areas in sports stadium management. Especially in 2020, because all renovations and remodelling works in stadiums both technological and architectural plans play an important role. There are two goals, redefining the way of enjoying a live event and attracting a bigger audience for the live experience of a game. It’s an opportunity to embrace “avid fans” and its potential benefits for clubs.

“Avid fans” are those fans with a greater devotion and loyalty for a team than the average fan. They are also a group of fans that, after having tried out the new technologies in the stadium, they are much more likely to attend the event, instead of watching it broadcast. They are also more willing to buy the team’s  erchandising and subscribe to the club’s services. Technology plays a central role in their lives and they look for new developments such as augmented reality, virtual reality, and artificial intelligence in sports. The Cap Gemini consulting firm defined their profile in a study published earlier this year as mostly male, urban, and focused on football, American football, tennis, and basketball. They follow the news and results of their teams on their smartphones, and they devote a lot of their time to social media to interact with other fans. This makes them true influencers capable of occupying all the stands on match days. Thus, making it important for clubs to build up to their expectations.

But these fans do not represent the same number over the other fans around the world. In the Asian market, pioneer in implementing technologies in stadiums, they are more than 75%. In the United States, they are only 50%, and the percentage is even lower in Europe. However, a big increase is expected due to the pandemic and the new 5G. The pandemic has speeded up a change of habits and the adoption of the use of technology, and 5G has allowed high speed connections for a large audience. This was proven by the recent reopening of the Tottenham Hotspur stadium in the UK, where its free Wi-Fi makes it possible for 65% of its 62,000 spectators to connect simultaneously without losing the video signal quality. They can watch game plays on demand or related content while they enjoy the event and share their experience on social media.

Sharing the passion for the game and the team is one of the three areas of interest in which the stadiums are evolving, and which will define the sports venues of the future. The other two areas are waiting time reduction and an improved service for the stands. Their implementation involves the use of five technological applications: AR (Augmented Reality), VR (Virtual Reality), AI (Artificial Intelligence), IoT (Internet of Things) and 5G.

Liverpool’s new Anfield will be one of the first to apply Artificial Intelligence in stand management. Employing security cameras, and thus, the Internet of Things (IoT), social distancing and the movement of masses in the stadium will be analysed by means of AI. Now it will be used to facilitate the reduced attendance due to the coronavirus restrictions. In the future it will be used to reduce the waiting times, queues and allow the fan to find the fastest way to their seat, shop or restaurant in the stadium.

A similar approach is being carried out by Barcelona Supercomputing Center in collaboration with FC Barcelona as part of the “Horizon 2020” EU programme. One of its goals is to model the attendees’ natural movements in the future Espai Barça, including the Camp Nou and the sports city around it. According to the attendees’ movements, a model will be created which will allow to plan events, make changes in real time, find the ticket office and other facilities or services available on both matchday and non-matchday, improving accessibility, visibility and the fan experience as a whole.

One of the most requested improvements by fans is to being able to stay more time on the stands. 75% of fans would like to take less time in order to get their food and drinks. This is a very important aspect as it is important not only to have them satisfied but also reduce waiting times as that will increase their expenditure in the stadium. Developments in this field have started to emerge, as SeatServe. It uses a SaaS solution (software as a service) for stadiums that allows both the direct in-seat delivery and the reception in a collecting point. Fans can use this service through an app, which can also be integrated within a club, league or stadium app. It is not so different from traditional food delivery apps, in this case it is focused to enhance and optimise the food court in the stadium.

Similar digital services are being used in US stadiums, allowing people to exchange a seat for a better one if possible. During the minutes before the start of an event, the stadium’s computer system informs attendee of the opportunity to upgrade their seat by paying a small amount and sending them a link for the online payment. The price is usually lower than the one from the ticket box, which allows to optimise the ticketing of the stadium. This is done by offering an unsold seat at a lower price and earning more money with the one already sold.

It is important to remember that the big business in sports are the stadiums. And also, it is important not to forget that implementing technological advances will help to get the most out of the stadiums for clubs.